On a clear, blue morning last week, I took my trusty Subaru onto Interstate 70, driving past snow-capped mountains, with a special destination in mind. With three breweries behind me and two to the right, I turned left, into Silverthorne, up a winding road to Summit’s newest craft beer hot spot — the Bakers’ Brewery.

Upbeat music played inside as people ordered food and drinks. Out the window, Buffalo Mountain disappeared into clouds, hinting at the view that the brewery founders opened up when they remodeled the old Village Inn building. Clinking silverware and lively conversation filled a room that previously rang with the harsh sounds of construction. Between the new booths and tables, the mountain-rustic design of the bar and the row of shiny brew tanks, not even a ghost remains from the building’s previous life.

“It was awesome,” said brewery co-founder Cory Forster. “There was such a great turnout.” Read More 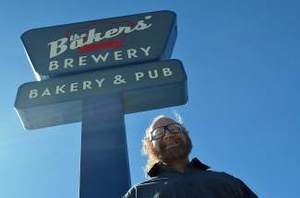