Activity slowed in the fall, and the market probably won't burn as bright as it did in 2015, a record year. But metro Denver home price gains should remain at the top of the charts nationally for a second year in a row.

"If the jobs are there, if the wages are there, if the overall confidence of the consumer is there — those are the key ingredients for a housing market," said Alex Villacorta, vice president of research and analytics at Clear Capital in Reno, Nev.

Clear Capital is forecasting that metro Denver home prices will rise 7.7 percent this year, after an 11.7 percent gain on its home data index in 2015.

U.S. home prices, which appreciated at a 6.5 percent pace in 2014 and a 5.1 percent pace in 2015, will gain only 1.4 percent in 2016, Clear Capital predicts. Against that backdrop, Denver will lead major metro areas for home price appreciation this year, followed by Dallas and Jacksonville, Fla., the company predicts.

Seattle-based Zillow, like Clear Capital, is calling for slower home price gains nationally and in Denver. It forecasts a 5 percent gain in its Denver home price index this year, down from a sizzling 16 percent gain measured last year.

For many, including those who make a living buying and selling homes, the slower pace will come as a relief.

"We can't continue to sustain these year-over-year, double-digit increases over the long run," said Anthony Rael, chairman of the market trends committee at the Denver Metro Association of Realtors.

The Denver Post looked at statistics from REColorado, which owns the region's listing service, and DMAR to determine how 2015 compared to other hot stretches for housing since 1990.

A record 55,509 homes were sold in metro Denver last year, marking the third straight year that home sales topped 50,000. The last time metro Denver had that kind of run was from 2004 through 2006.

That might raise concerns of a bubble ready to bust. But what sets the current market run apart from last decade's housing boom are how few homes are available for sale — under 4,400 at year's end in both 2014 and 2015, according to REColorado.

During the peak of last decade's housing boom, buyers had 23,000 listing on average to choose from at year's end. Looking at the 25-year average, an inventory of 13,430, three times current levels, is closer to the norm.

A key reason inventory is so tight is that new-home construction hasn't kept pace with theunexpectedly large number of people moving to the northern Front Range from other states. 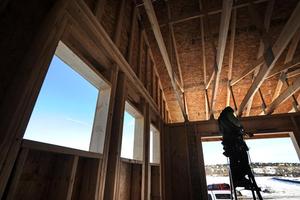