Then again, neither did Mother Nature this year. It started feeling like late April in early February, with lengthy stretches of warm, almost balmy weather and only a few briefs spurts of snow in between. The annual lull between ski season and Memorial Day will be muddy, for sure, but it might not feel as dull and dreary as usual.

Yet even in a typical year, mud season isn’t completely dead. Local real estate brokers consider March and April the unofficial start of buying season. When paired with a strong housing market across the nation, late spring and summer are shaping up to be banner seasons.

March was impressive to say the least, with 150 transactions adding up to more than $83 million in total sales. That’s $23 million higher than March 2014 — itself a banner month in a recuperating year — led by 18 individual sales of at least $1 million spread between Breckenridge, Silverthorne, Frisco and Keystone.

Let’s start with the elephant in the room: Blue River Apartments. The affordable housing complex in north Silverthorne sold for $9.25 million to a Denver-based firm, Tralee Capital Partners. Firm owner Michael Kelly has already kick-started renovations at the 20-year-old complex, beginning with LED lighting and indoor plumbing upgrades to help residents save on utilities. Oddly enough, it sold for $4.6 million higher than its assessed value in 2013 (more on assessments to come).

March also marks the first time this year when big, bad Breckenridge didn’t have a monopoly on multimillion-dollar sales. Apart from the Silverthorne transaction — the largest multi-family complex to change hands so far this year — two of the four largest sales in March were nowhere near Shock Hill or Highlands. READ MORE 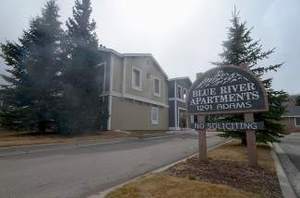