Summit County real estate sales for August 2015 improved by nearly 40 percent over the previous August, a jump of just over $33 million.

The county recorded sales of approximately $119 million this August, which dwarfs last August’s figure of more than $86 million. The total number of sales improved from 176 in August 2014 to 221 in August 2015.

The development with the highest number of sales this August was Woodmoor at Breckenridge with six transactions. In August 2014, the same development had just two sales.

When the data is restricted to single-family homes the average price jumps dramatically. By comparison in 2006 the average single-home price was about $874,000, or $295 per square foot. The following year that figure grew to just over $1 million, with an average square foot price of about $335. That figure has dropped slightly to approximately $968,000 in 2014, which calculates to about $314 per square foot. 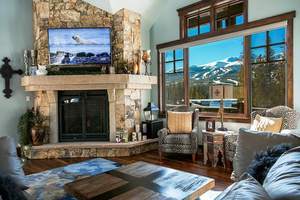