Editor’s note: Real Estate Roundup in an ongoing series offering a monthly glimpse at the local real estate market with transactions, historical comparisons and analysis from a rotating corps of High Country brokers.

It was bound to happen eventually.

After three months of noticeably improved sales, the real estate market in Summit County dipped to near-2014 levels for the first time this April, with local brokers notching two fewer home sales than the same time last year and no transactions over the $2.5 million mark, at least in the residential realm.

That’s not to say the market is struggling. Far from it: There were still 16 residential sales of at least $1 million, totaling $21.425 million alone. That brought the monthly total to nearly $70 million, up roughly $8 million over 2014 but still $13 million less than the high-water mark of $83 million this March.

When paired with the long-awaited sale of 20 commercial units at Main Street Station in Breckenridge — the prime property went for $5.6 million after years of absentee management — April was a reminder of just how healthy the market is at the moment. And the thick of summer buying season is yet to come.

Breckenridge again notched the majority of eye-popping sales this April, with one home each in the posh slopeside neighborhoods of Timber Trail and Estates at Snowy Pines going for more than $2 million. All but one of the five largest transactions were confined to Breck, with the sole outlier a $1.8 million land sale just north of Silverthorne Elementary School on State Highway 9.

THE PRICE OF LUXURY

If April didn’t quite outperform March, it wasn’t for lack of buyer interest. In fact, April home sales trumped just about every month this year, led by a renewed interest in second homes and luxury properties in the first quarter of 2015.

Summit County fared better than it has since 2007 — no surprise there — with nearly 171 homes over the $1 million mark selling in Q1, up from 146 in 2014, according to a release from LIV Sotheby’s International Realty. The average price per square foot also rose from $322 to $358.

To get a sense of Summit’s place in the Rocky Mountain market, take a look at Eagle County, home to the ridiculously exclusive neighborhoods of Bachelor Gulch and Vail Village: In Q1 of 2015, 86 homes sold for more than $1 million, up from 73 in 2014. That said, the Vail-area price per square foot is much loftier than in Summit, ballooning from $784 in 2014 to $842 in 2015, according to Sotheby’s. READ MORE 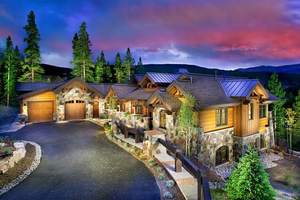