For real estate agents in Summit County, the month of September can be a “warm” market as people try to buy or sell property before the coming winter months.

For buyers, this can mean finding the best ski-in, ski-out condo before the onslaught of opening day. Cody Thomas, a broker associate with Paffrath & Thomas Real Estate, calls it “snow fever.”

Thomas also said that some of the buyers he has, particularly those with children, become more serious in September. Since their kids have started school they can concentrate more on the housing market, Thomas explained.

“They went from their crazy summer with the kids and all that and they were able to really focus,” Thomas said.

But for people selling their property, it means something entirely different. Thomas said that while some people will begin to take properties off the market to rent them for more money during the ski season, those who need to sell will often begin to lower their prices in September. Thomas said this creates a more aggressive selling price before the fall begins to slow down.

“Some of that has to do with people (that) had their price high from June, July, August, September. They’re starting to lower it to get their place pending before winter,” he said.

This year, September saw 306 total real estate sales, just a smidgen higher than what was sold in the county over the same month last year. But the value of those sales tells a different story.

September of 2015 revenue from real estate sales hit $159.928 million. This year’s revenues topped $175.79 million. Beverly Breakstone, the Summit County assessor, said that the boost in sales total follows the same increasing price trend the county has seen for the past two years.

“That’s a 9.4 percent increase, which continues to be pretty significant,” Breakstone said.

The same can be said for sales that topped over $1 million. This September, the county sold 30 properties valued at seven figures or above. Last year saw 33 $1-million-plus sales. So while 2015 saw more million-dollar homes sold, the total value for this year was higher.

Real estate sales in the county also saw a nearly $43-million increase from last month. September saw more total sales, as well as more sales over $1 million compared to August. Last month was fairly stagnant for sales when compared to 2015, and some real estate agents attribute it to a high demand for condominiums in the county — property that many agents do not have.

For September, Breakstone said that 133 of the sales were condos. She added that usually condos make up 57 percent of property types here. 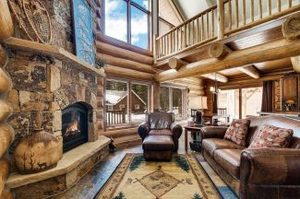