Summer in Breckenridge is off to a potentially record-breaking start for lodging and property-management companies, with visitors flocking to parades, taking to trails, filling lodging rooms and clogging Interstate 70.

According to a Breckenridge Tourism Office report from May 31, bookings for June through November showed a 19-percent gain over 2014.

That increase represents up to 22 properties or property management companies or more than 60 percent of the town, said Rachel Zerowin, BTO public relations director.

The summer gain isn’t a fluke event, she said, as summer bookings have trended upward over the last few years.

Zerowin credited a few factors with this year’s jump, including early marketing and a rise in group business.

“Summer marketing started earlier than ever this year,” she said, with the BTO targeting summer visitors as early as February and March.

Occupancy in June, a historically slow month as Summit County waits for mud to dry, showed a slight gain in bookings over 2014, she said, likely because of large increases during the weekend of the Spartan Race.

The obstacle-race event on June 13 brought 20 percent or more increases in occupancy over that weekend compared to last year, and Zerowin said she was excited to see how that event impacted Breckenridge tax revenue.

“That race was over 5,000 participants, and then you add on a person or a person and a half on average per entry,” said Bruce Horii, director of marketing and sales for Beaver Run Resort and Conference Center. “We were full, at least for a couple of the nights surrounding that.”

Beaver Run is already up 12 to 13 percent in summer conference and event business over 2014, with plenty of booking time to go, Horii said, which he attributed to improved economic conditions encouraging companies to spend more on travel.

“There’s some pent-up demand to get to the mountains,” he said. “It’s going to be a fairly-active summer, businesswise.”

Horii said Beaver Run’s strategy for the rest of the summer and fall is to book as many conferences and large groups as possible during the week and then draw visitors with events like Oktoberfest in September on the weekends.

He hopes people will embrace Breckenridge and Summit County as a home base during the USA Pro Challenge cycling race in late August. READ MORE 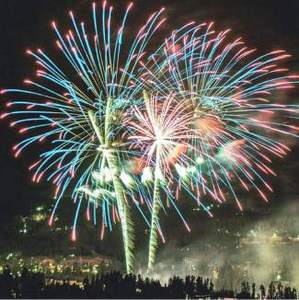