Blink, and you might miss it. Pieces of the town of Breckenridge change all the time, and this mud season — albeit extra wet for construction contractors — was no exception.

The town recently completed a new park on North Main Street as well as a beautification project of the roundabout entrance to town.

Heated sidewalks are in the works for those steeper, shady sections that become slippery in the winter, and another roundabout at a high-traffic intersection will be coming soon.

These capital improvement projects are all funded by the town’s real estate transfer tax, said town spokeswoman Kim Dykstra, which is funding town officials feel they can’t always rely on, so it is used for one-time projects.

For 2015, the town approved roughly $5.87 million in spending on capital-improvement projects.

This is down from about $15.6 million in 2014, a figure which Dykstra said comprises a variety of previously approved projects and is an estimate as the audit is still being finalized. 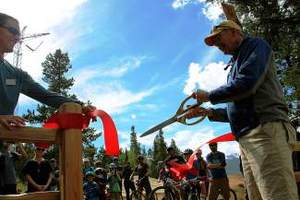