The pros called it from the beginning: This winter was one for the record books.

In February, the Denver-based analytics firm DestiMetrics predicted that lodges in Summit County and across Colorado would break all-time revenue and visit records, based almost solely on an uptick in early reservations from out-of-state guests.

Last week, the firm released its retrospective for the entire winter season, looking at the six-month span from November to April. And the findings were doozies: Lodging revenue this season beat the previous record holder of 2007-08 by 1.2 percent, while it outpaced last season by roughly 11 percent.

Predictions and final figures are both based on data collected from 19 mountain resorts split between the Far West region of California, Oregon and Nevada, and the Rocky Mountain region, including Colorado, Wyoming and Utah.

The final lodging numbers weren’t quite as impressive as mid-season predictions — a warm spell in February and March took a bite out of the revenue forecasting model — but they reflect ground-level marketing tackled by lodges and organizations like the Breckenridge Tourism Office.

“This winter we probably won a lot of people from California and other areas that weren’t doing as well,” says Toby Babich, president of the Breckenridge Lodging Association. “Along with that, the economy is just better. Travel spending is up, our local tourism office has put a lot of focus on promoting Breckenridge to a national and worldwide audience.”

With winter in the rearview, Garrison and his team have now shifted to summer forecasts.

As of April 30, on-the-books occupancy across both regions is up nearly 9 percent compared to last summer, with increased bookings in all six months and double-digit increases in the shoulder months of May, September and October. It’s statistical proof that recent marketing pushes for year-round recreation are reaching a new — and willing — audience.

“For many years the town of Breckenridge has keyed our shoulder seasons as a time for development,” Babich says. “That’s where you get Oktoberfest and these other events, and we’ve noticed tourism is getting stronger and stronger, even in historically quiet times.”

Local business owners aren’t the only group to benefit from new interest in previously dead seasons. As the economy continues to improve, bringing more guests with more disposable income, Babich is confident that locals at every level — clerks, bike techs, baristas — will benefit. READ MORE 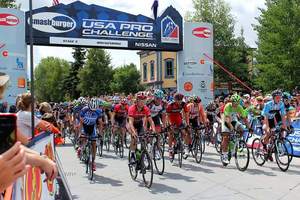