It’s summer, and that means the local real estate market is sweltering hot.

That’s not always the case — only three years ago, Summit investors were still gun shy from the 2008 Recession — but, the past two summers have brought booming business to commercial and residential brokers, leading to a whopping $114.5 million in total transaction during May 2015. That’s nearly $20 million more than last May, which itself saw $95.1 million in sales.

One thing’s for certain: Early summer is when everyone — from prospective homeowners to established business owners — starts signing papers for the properties they eyed all winter. A total of 204 properties moved this May — that’s 25 more than in 2014 — ranging from four $375,000 units at Lake Forest Condominiums in Frisco to two homes over $2.5 million in the Highlands at Breck-Highlands Park neighborhood.

Compare those lofty sales totals to the figures from February 2015, when sales barely reached $50 million, and only four transactions hit the $1 million mark.

Just three months later, 15 properties went for more than $1 million, including the big daddy of them all: the final undeveloped plot at the posh Shock Hill neighborhood in Breckenridge. It sold for $10.25 million in early May to a small group of local developers, and, before the papers were even signed, they had tabbed Double Diamond Property and Construction of Frisco as the developer.

“No one was interested in a major project, but, when people were willing to pull out checkbooks and write a seven-figure check on the spot, that’s a sign the economy is picking up.”Ned WalleyManaging broker, Cornerstone Real Estate

Managing broker Ned Walley, of Cornerstone Real Estate, says the Shock Hill sale was highly competitive — a major change of pace from when he first took on the property in 2013.

“When I first got the listing, I just sat and stared at a phone for a few months,” said Walley, who notes the 6.67-acre plot was originally slated for a resort-style condo complex that never came to be. “It never rang. But then, when things started getting better, when the economy turned, I started getting more interest. No one was interested in a major project, but, when people were willing to pull out checkbooks and write a seven-figure check on the spot, that’s a sign the economy is picking up. Interest picked up.”

All told, the 15 high-dollar sales in May 2015 accounted for nearly $33.7 million of the $114.5 million total, or roughly 30 percent of all sales. But here’s a fascinating tidbit: In terms of sheer volume, last May actually outperformed this May in the $1 million-plus arena, with 20 transactions totaling $30.86 million (about 32 percent of the total). Yet, 2015 saw seven sales over $2 million, including the Shock Hill plot. That sale skews the comparison a touch, but more sales at a higher price point speak to Walley’s point: Investors and homeowners alike are now more willing to seven-figure checks. READ MORE 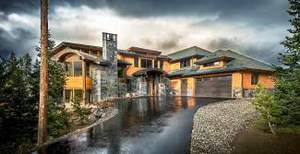