The Fed’s getting closer to raising rates. How much is up in the air

For months, Wall Street has been focused on three little words: “can be patient.”

On Wednesday, the Federal Reserve is expected to drop those words from its guidance about short-term interest rates, a small editing tweak that could trigger a big reaction among investors, affect consumers, and rattle policymakers around the world.

The Federal Reserve has kept interest rates near zero since the financial crisis, the longest stretch of rates that low in more than half a century. By dropping the loaded phrase, the central bank will likely indicate that the moment to raise rates is coming soon, as early as June or, more likely, soon after.

Now the question is: How much and what impact will it have?

In December, the Federal Reserve’s open market committee revealed that nine of its 17 members expected to raise the federal funds rate to 1.125 percent by the end of 2015. Yet just three months later, the crumbling in the value of the euro, persistently low inflation, and modest economic growth in the United States have convinced most analysts that the Fed will not come close to hitting those numbers. Read More 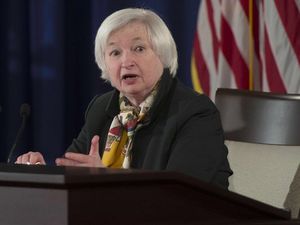