LAS VEGAS—One of the hottest debates among housing economists these days isn’t the trajectory of home sales, but whether millennials, those born in the 1980s and 1990s, want to remain urbanites or eventually relocate to the suburbs.

Some demographers and economists argue that the preference of millennials, also called Generation Y, for city living will remain long lasting. And surveys of these young urban residents have tended to show that they don’t mind small living quarters as long as they have access to mass transit and are close to entertainment, dining and their workplaces.

But a survey released Wednesday by the National Association of Home Builders, a trade group, suggested otherwise. The survey, based on responses from 1,506 people born since 1977, found that most want to live in single-family homes outside of the urban center, even if they now reside in the city. Read More 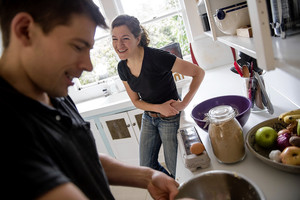