The top-selling new-home neighborhoods and builders in markets most likely to succeed in 2015.

Many housing industry observers predict 2015 to be a promising one for home sales, after an underwhelming, flat performance in 2014. Booming metros like Atlanta and D.C. are among the ten hot housing markets to watch in 2015, according to Realtor.Com’s chief economist Jonathan Smoke. Among the key demand fundamentals Smoke looked at in naming the 10 markets to watch: household growth, demand, and expected increase in millennial buyers. Will these hot housing markets prove just as popular for the new home buyer?

All ten markets that earned the "ones-to-watch" designation have had steady new-home sales from 2012 through 2014, with most experiencing year-over-year increases. Based on 2014 closings (which may still be revised upward in the coming months), only a few markets that make the list show shakiness in the new-home market. The Phoenix new-home market, for example, experienced fading affordability toward the end of 2014 and a drop in new-home sales. Still, Metrostudy predicts a slight increase in new-home sales over the next couple of years. The Minneapolis-St. Paul market also experienced a sales slump toward the end of last year, but affordability is expected to keep the market growing. Here are the top 10 hot markets to watch this year and combined new-home closings from 2012 through 2014: Read More 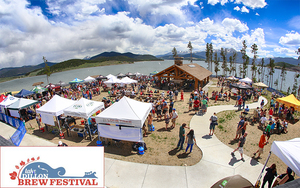 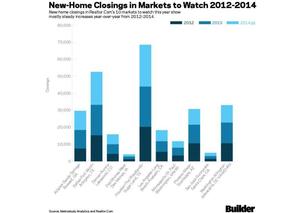