Real estate values continued to climb through the end of 2015, with increases across the board for all types of properties.

With a busy holiday season, December brought a strong end to the year, with increased sales across the county. According to 17 months of data gathered by the Summit County Assessor’s Office, the value of townhome sales increased 24 percent, and single-family homes were up 17 percent.

While last year brought in just over $1.06 billion in sales, 2015 saw more than $1.37 billion in real estate transactions. The month of December brought in a decent chunk of those sales, netting $93.3 million for the month.

Of all the properties, transactions in the Breckenridge area brought in the most dollars for December. The top sale was a half-acre plot of land in the Timber Trail subdivision, valued at $2.48 million.

“This Timber Trail area is a premium, premium area because you can walk to Trygve’s Run and Four O’ Clock Run,” Breakstone said. “Considering that neighborhood, they will probably build something on it.”

Another top-seller was a home located in the Highlands at Breckenridge Gold Run, which sold for $2.45 million. The 49,000-square-foot house has six-bedroom and six-bathrooms, located on a plot of forested land at the edge of the golf course.

“For some people, it adds a lot — they love that,” Breakstone said of the golf course access. “Its another nice home in Highlands. It’s extremely nice.” 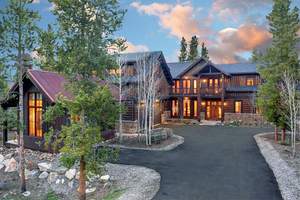