Real estate sales slowed in October due to the upcoming winter and holiday season.

The numbers continued close on the heels of last year, with less than a 10 percent difference in the number of recorded sales. In October this year, the total sales for the month were at 264 compared to 286 sales made during the same time last year. Sales also lagged in total value compared to October last year. The month’s sales fell more than $10 million behind. The only thing to remain the same was the number of sales over $1 million. Both this year and October of 2015 had 27 sales in the million-dollar range.

“It’s typical for the number of sales to be reduced at this time of the year,” said Dennis Clauer, broker and owner of Real Estate of the Summit, Inc.

Heading into the winter season, those who haven’t already sold their homes tend to take them off the market. Clauer said that people also prefer to concentrate more on their families and the upcoming holidays rather than investing in real estate.

Clauer said that year-to-date numbers within Summit have also remained at the same pace as last year.

“Condo sales are very consistent with last year,” Clauer said. “The discrepancies in our market this year, year-to-date, are really in the luxury market, which would be over $2 million for single-family homes.”

Clauer added that luxury houses have spent more time on the market this year. The average time a luxury home may spend on the market has increased by 50 percent.

Land has also taken a hit in sales, with Clauer saying that year-to-date sales have gone down 18 percent. While some of this is due to a lack of land to develop on, Clauer said that some buyers are intimidated by the long process of buying land, then finding a builder and constructing a house. But, as houses within the non-luxury market have become shorter and shorter in supply, he thinks this will change.

“I believe that the raw land sales will pick up and you’ll see people wanting to buy and build something because they can’t find what they would like with the existing inventory that we have,” Clauer said. 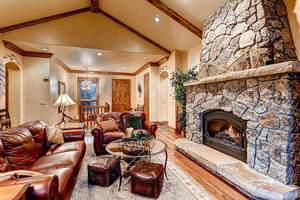