The top five most expensive home sales all were residences in Breckenridge, with the top figure of $3.5 million in the Westridge subdivision.

Jeff Moore, managing broker with Slifer Smith & Frampton Real estate, said that trend might change next month. Moore has just completed a sale on what he described as a very exclusive and rare property in Frisco for a whopping $2.75 million.

“The seller of this lakefront home wanted a real estate brokerage that had cohesive synergy, marketing power, mountain connections and a proven track record of sales,” Moore said.

As we enter the heart of the holiday season, Moore doesn’t foresee record-breaking sales in abundance.

“Typically, September and October are the busiest months for closings and sales activity slows down around the holidays,” he noted.

Last December, sales were stronger than expected, Moore said. He also noted that, based upon market indicators, he doesn’t anticipate a significant drop off this year either.

“Last December and January, sales were extremely strong, and there was great momentum all year,” he said. “I expect the pace of sales to continue at above average levels to close out 2015 as buyers try to get into mountain properties before the height of the ski season.”

Kirk Dice, partner at Breckenridge Associates Real Estate, said steady sales have been assisted by the reduced number of units for sale.

“The real estate market (in Summit County) is the lowest its been on inventory in many years,” he said.

The diminished number of homes available in the area has been a major contributor to continually increasing prices, Dice noted. 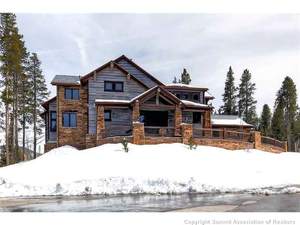