What is “high plateau” and what does it mean for the Denver housing market?

High plateau — it’s a phrase starting to pop up a lot more in descriptions of metro Denver’s housing market.

“As long as we have economic growth, we will likely bump along a plateau both in terms of price and volume,” said Mark Boud, chief economist at Real Estate Economics, which recently merged with Hanley Woods Metrostudy.

Boud predicts a three-year run of double-digit gains in metro-Denver home prices will come to an end in the second half of the year, ushering in a long stretch of meager price increases and then small declines.

Barring major job losses, Boud doesn’t see a slump like 2007 to 2009, when the metro area suffered a tough stretch of falling home prices that drove a surge in foreclosures and distressed sales.

But the leveling off could require an adjustment in thinking and strategy in a market accustomed to sharp increases in home prices. And someone who buys in 2017 might find themselves sitting on zero appreciation come 2021.

“If we get anything under 5 percent in appreciation, sellers will lose their mind and think the market is collapsing,” said Anthony Rael, chairman of the Denver Real Estate Market Trends Committee at the Denver Metro Association of Realtors.

Those aren’t horrible numbers, but they look pale after gains that averaged 12 percent a year from 2013 to 2015. What comes after 2019 will feel even more uncomfortable, especially for buyers late to the game — a 1.6 percent decline in 2020 and a 2.7 percent drop in median home prices in 2021. 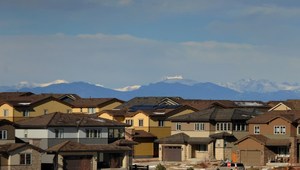